Google I/O Extended – A peek into a revolutionizing event

Never in a million years I thought I would get the opportunity to be a part of one of the most geekiest and technologically advanced events in the world – Google I/O. However thanks to LetMeKnow.lk I was able to participate at this year’s edition of Google I/O Extended.

Terms like ‘Google’ and ‘GDG Group’ made me get scared of the event merely because I thought it was going to be one massive event where we would look like sprats next to whales in the IT industry. However I was told by my colleagues that there was nothing to worry about and I should be treating this as if it was another casual exhibition. The kind which we used to participate in school. Yet with a lot of nervousness I stepped into the hallway of SLECC.

It was completely different than what I expected it to be. Yes I was in the presence of some of the most successful entrepreneurs in Sri Lanka. but I noticed something else too. As a person who grew amidst of traditional and conventional people; I was surprised and happy to see girls participating at the event all throughout the night. Yes you heard me right. We girls are breaking norms!!! We are indeed debunking myths. One might argue saying ‘what do girls know about IT… surely they came for free food and to have some fun with the guys’… well to those I say that you have failed to notice the enthusiasm of all these girls. They were excited to be here because for them it was a whole new world of opportunities. A place to discover endless array of pathways in the IT industry which would change their life style. According to the Sundar Pichai – CEO of Google;

23% of this year’s participants from around the world were women. It is a huge leap from a drastic participation of 8% from a few years back.

As a girl yes I do feel proud about the women out there. Merely because they had the courage to break the rules and show the world that they have got what it takes to be successful in every aspect of life and certainly in the IT industry. As a country yes we might be a little behind in terms of development and economic growth. Yet we are clearly developing in terms of social and cultural aspects.

All in all it was an event filled with a vast assemble of innovative and fun filled apps and software with a key objective of  exploring the innumerable ideas in technology that will make life easier. 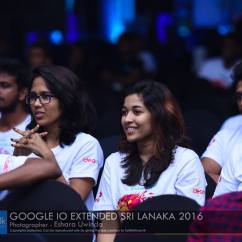 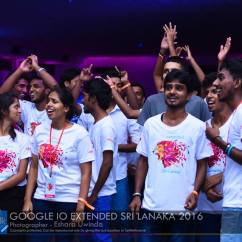 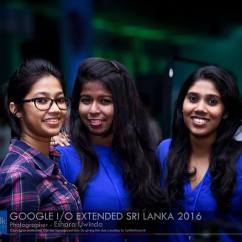 Not your usual junkyard 🚛
It's no lie that with Covid-19, we did reach a new level of acceptance. We had no choice but to look for joy in the little things. Sometimes those little things make us reflect on our past. I may not be able to travel, but seeing this photograph, reminded me of how I feel when I am at the beach.
They say that the secret to a happier and a more fulfilled life is to invest in experiences rather than material things. But the question is, how can we preserve those experiences?
Hidden away in the Dedduwa lake, lies a heaven for every architect and artisan. Known to be the home for one of the most celebrated Architects in the world, the Lunuganga Country Estate of Geoffrey Bawa gives an exclusive peek to his lifestyle and inspiration for many of his masterpieces.
You shall live in the hearts that were left behind. #EasterSundayAttacksLK
I believe that this is not the first time Sri Lanka is experiencing a pandemic. Every year we take severe actions to prevent the spread of dengue.
Adventure is not always dangerous 🌤️
Sit quietly and listen to the secrets 🤫
The beauty is not in just waves but in the feeling it leave you with 👣